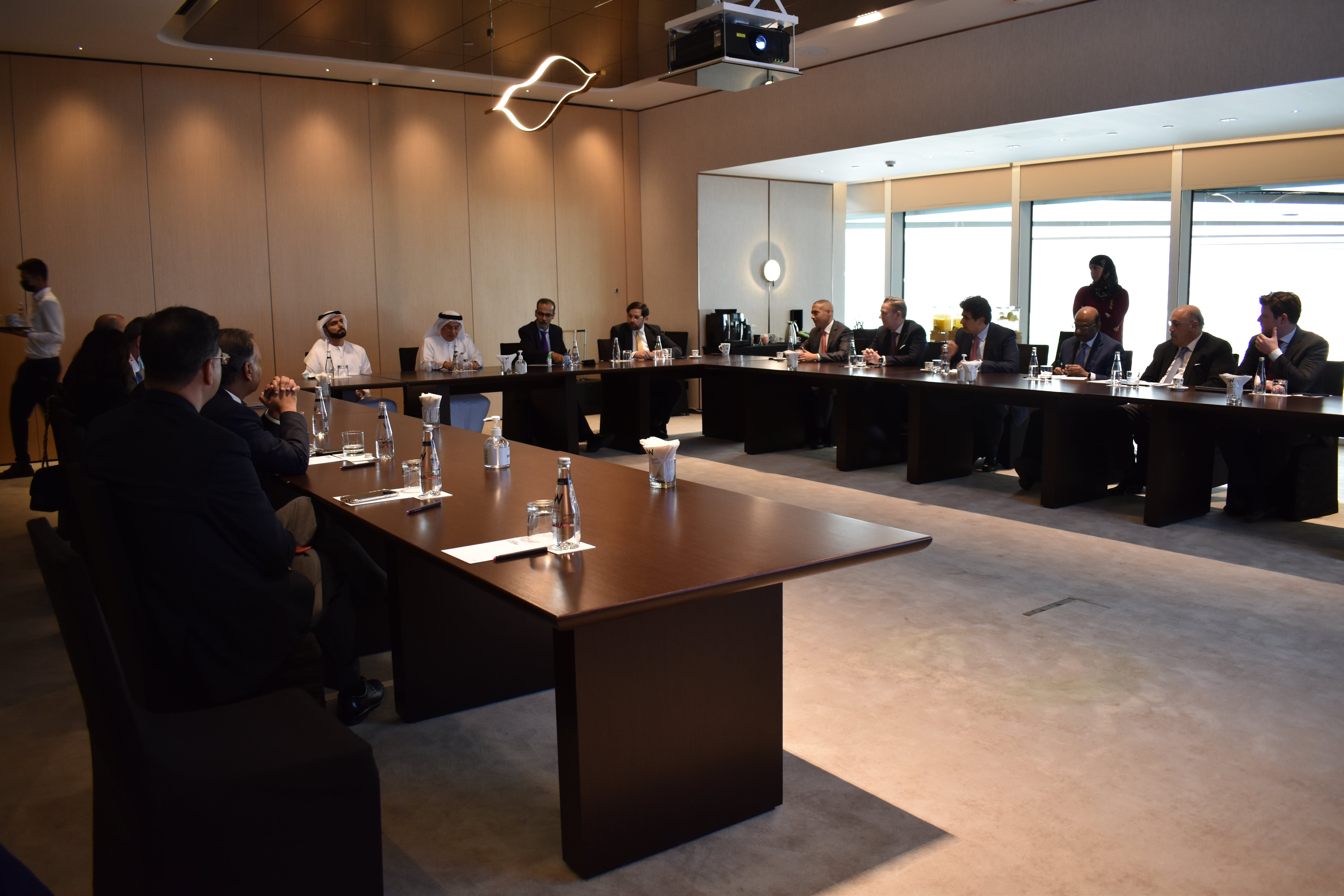 Abu Dhabi, UAE; 23 June 2022:
The CEOs Consultative Council of UAE Banks Federation (UBF), the umbrella body representing banks operating in the UAE and the unified voice for the UAE banking sector, held its first meeting under the chairmanship of H.E. Mohammad Omran Al Shamsi, Vice Chairman of UBF, Chairman of RAK Bank, and attended by CEOs of UBF member banks.

The CEOs Consultative Council was established as per the resolutions of the UAE Banks Federation General Assembly meeting and Board of Directors meeting, held in December 2021 and April 2022, to complement theCEOs’ Advisory Council. The newly established council will provide a broader platform for CEOs of member banks to share their opinions, benefit from their experiences, and widen decision-making bases.

The CEOs Consultative Council represents necessary support to UAE Banks Federation and the CEOs’ Advisory Council, which has continued to represent the banking sector since its inception ten years ago. The two councils will be a comprehensive advisory platform on various topics that contribute to the progress of the financial and banking sector and the UAE economy in general.

At the beginning of the meeting, H.E. Mohammad Omran Al Shamsi, the Chairman of the CEOs Consultative Council of UAE Banks Federation (UBF), welcomed the CEOs of member banks and briefed them about the Council’s operating model and rationale behind establishing it. He explained the coordination of efforts between the two before presenting UBF initiatives to the respective bodies in the country.

Mr. Jamal Saleh, Director General of the UAE Banks Federation (UBF), highlighted the UBF mission and vision as well as the role of the CEOs Consultative Council in supporting the board of directors, the CEOs’ Advisory Council, member banks and the financial and banking sector in the UAE to cement its status among the best banking sectors in the world.
Mr. Jamal Saleh also presented UBF’s plans for 2022 and beyond, its upcoming initiatives in line with Central Bank of the UAE directives, as well as significant developments and challenges the banking sector faces locally and globally and how to address them.

Highlighting the importance of engaging UBF members in the decision-making, H.E. Mohammad Omran Al Shamsi said: “The establishment of the CEOs Consultative Council confirms UBF’s belief in the value of sharing knowledge and experiences among member banks to achieve its objectives, as wells in raising public awareness about the beneficial role and distinctive contribution of UAE banks in financial, economic and social development through cooperation, communication and interaction under the supervision of the Central Bank of the UAE”.
H.E. extended his gratitude to CEOs participating in the meeting for their cooperation and continuous contributions to the financial and banking sector and urged them to benefit from this newly established council to develop solutions that meet the requirements of customers and the economy in general. H.E. also underlined the CEOs Consultative Council’s important role in enabling member banks to build a competitive and sustainable banking ecosystem that supports the socio-economic development of the UAE. Furthermore, he thanked the Central Bank of the UAE for supervision, guidance and cooperation with UBF and its initiatives.