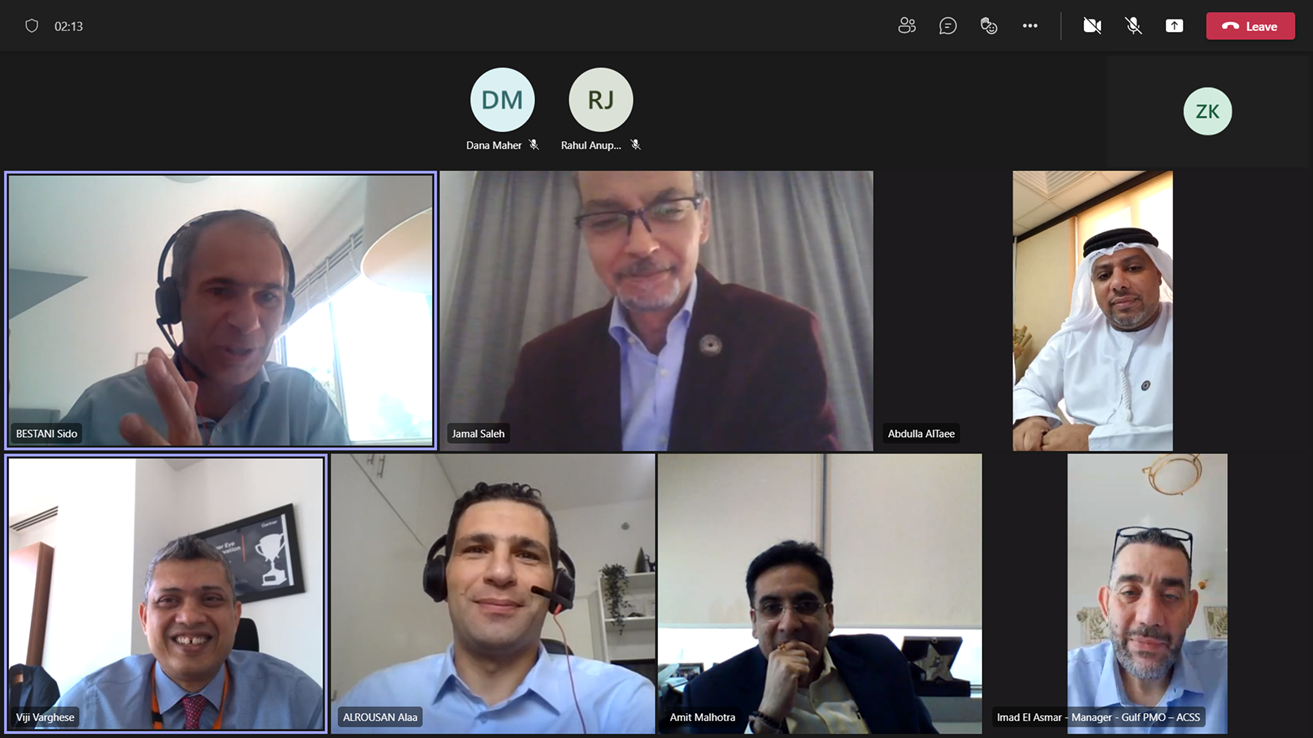 The meeting approved the Committee’s annual budget for 2022 and ratified the appointment of auditors for the coming year. Members also reviewed SUGSCNMG’s activities of 2021 – including, notably, the annual SIBOS conference that was held virtually this year and the SWIFT Chairpersons Meeting held in October 2021 – and approved the action plan for 2022 following detailed deliberations.

A highlight of the meeting was the change in SUGSCNMC membership as the top-level decision-making body welcomed a new representative from Al Masraf.

It was also agreed at the meeting that the Chairperson of UBF’s Information Security Committee, and Chairperson of the Information Security Advisory Sub-Committee, will continue to remain the SWIFT UAE community’s primary and secondary representatives, respectively, at the SWIFT Customer Security Controls Framework, which is composed of mandatory and advisory security controls for SWIFT users.

Mr. Jamal Saleh, Director General of UAE Banks Federation, said: “We are delighted to welcome Mr. Abdulla AlTaie, the new representative for Al Masraf, and we look forward to benefiting from his expertise as we attempt to solidify our engagement and collaboration with stakeholders across the financial services ecosystem.”

Mr. Jamal Saleh added: “As the banking community prepares to migrate to SWIFT’s new ISO 20022 messaging standard, which will create a common language and model for payments data across the globe, the roles and responsibilities of the SWIFT User Group have taken on renewed relevance and urgency. This meeting provided an opportunity for members to take stock of the evolving situation and formalize future plans as we step into the new year. We had a very constructive discussion on policy and strategic issues relevant to the financial community in the UAE, and members were also able to exchange ideas and experiences on how we can further step up information-sharing to improve the transparency, security and reliability of cross-border payments.”